I’ve been fascinated by carousels since I was a little girl.

The French are also lovers of carousels, as witnessed by the many seen in parks and even on street corners.

I fell in love with Parisian carousels during my first visit and returned to the U.S. eager to learn more about them. Further research revealed that there is a conspicuous gap in readily available information.

And thus began my trip down the carousel research rabbit hole, enjoying every second of the journey.

Donald and I have, during two trips, managed to capture images of several of the carousels, but intend to go back as often as it takes to photograph all of the carousels in Paris, including those that move around the city, and those that disappear for a time only to reappear at a later time.

The book captures the colorful motion of everyday life in the City of Light while chronicling the history and characteristics of these unique attractions.

Carousels are much more than amusement rides. They are emblematic of the fantastical and the fun, the wild and the tamed. With their varying degrees of ornamentation and craftsmanship, Parisian carousels have for more than a century signaled delight and merriment for children while igniting the still small spark of whimsy among adults.

The book is already collecting a bit of interest (see the reviews below!). 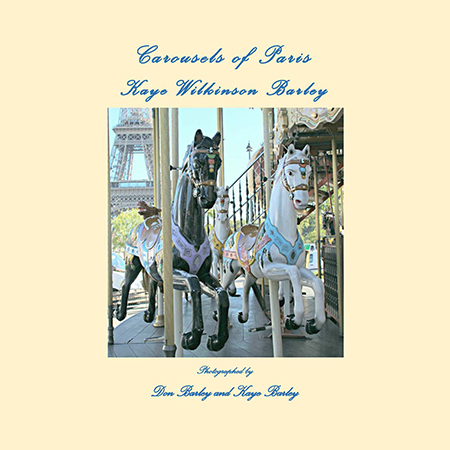 Pictures you won’t see in Carousels of Paris

“Kaye Wilkinson Barley sees a carousel as an invitation to dream. Her obsession with carousels is an invitation for readers to dream, to dream about carousels and Paris itself. This collection invites readers to travel along with the two photographers, Kaye and her husband, Don Barley, as they uncover the history and magic of carousels.”
—Lesa’s Book Critiques

“Kaye and Donald Barley’s photographs of Parisian carousels capture the whimsy, wit, and charm of the raucous merry-go-rounds that pepper the cobblestone streets and manicured parks of the City of Light. So grab a copy of Carousels of Paris and let your imagination wander back to a world full of colored lights and painted horses, quaint carriages and playful tigers, fantastical griffins and endangered dodos.”
—Juliet Blackwell, New York Times bestselling author of The Lost Carousel of Provence and Letters from Paris

“Wheeeeee and double it! It’s (Carousels of Paris) here and I am “in Paris” wandering around with you two. The photographs are fantastic; the text is, of course, just right. I suddenly feel all is right with the world.”
—Author Celia Miles

“Simply enchanting! The carousels are delightful and the photographers manage to bring them to life. I half expected them to leap off the pages. I absolutely adored this book!”
—Jenn McKinlay, New York Times bestselling author and author of soon to be released Paris is Always a Good Idea

“The book is so incredibly beautiful that it made me cry! Happy cry.”
—Erin Mitchell, Crimespree Magazine 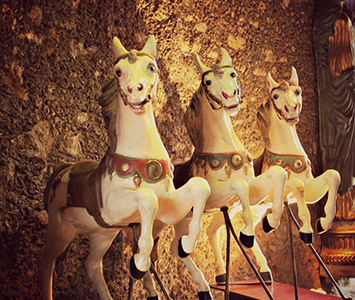 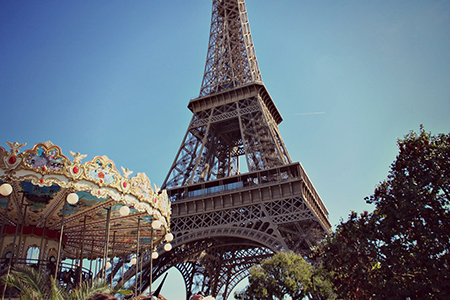 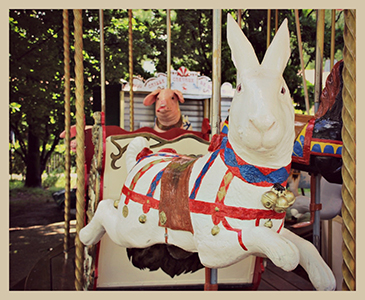 having seen the moon shine

on the other side of the world.”

We use cookies to ensure that we give you the best experience on our website. If you continue to use this site we will assume that you are happy with it.OK